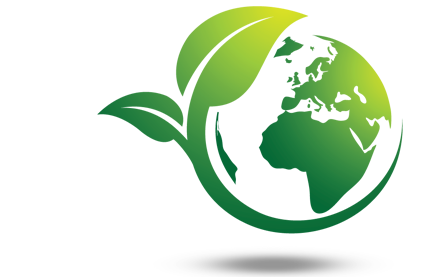 Pure SOLUTION® Data Centers – Efficient Energy Use As modern businesses and consumers demand constant connectivity to the Internet for online access as well as cloud computing...

As modern businesses and consumers demand constant connectivity to the Internet for online access as well as cloud computing, data center industry becomes one of the most rapidly evolving industries to provide a complex range of IT services. Data centers are considered the backbone of the modern economy. Businesses of every level rely on server rooms to communicate with consumers, analyze data, launch marketing efforts, run the financial calculation and more. While the explosion of large data centers makes people’s lives more convenient, those facilities require a large amount of electricity to keep on running 24/7. Internet and e-commerce know no fixed working hours. Once a data center is active, it stays active for long-term until it is shut down. According to National Resources Defense Council (NRDC), U.S. data centers consumed about 91 billion kilowatt-hours of electricity in 2013 or the equivalent of 34 large coal-fueled power plants. By 2020, the estimated consumption reaches up to 140 billion kilowatt-hours annually. The cost for that amount of power is about $13 billion. Apart from large electricity consumption, all the power generated also emits nearly 100 million metric tons of carbon pollution.

More people are accessing the internet and relying on data centers to conduct every business operation. Businesses marketing campaign and financial reporting also utilize the power of data centers to optimize every process. Online payment portals and delivery tracking all over the world use the Internet to streamline all transactions. Data center industry is indispensable and it does not seem that anything new will replace its roles anytime soon. Based on research by the Lawrence Berkeley National Laboratory, however, energy consumption by the increasing number of data centers in the U.S. since 2010 is plateaus. That being said, they still consume nearly 2 percent of all electricity in the country. On the same report, researchers also found that smaller data centers are still often inefficient. Primary growth is on the hyper-scale level, but there will be millions of small facilities run by and for a typical company and institutional organizations. The problem is that those small facilities will account for 60 percent of all data center energy usage in less than 5 years time.

Inefficiency mainly comes from an inadequate cooling system. Computer workstations and thousands of hardware pieces take a large amount of electricity, yet they need more energy to prevent overheating. In the past (and probably in the present as well), many data centers still use their cooling systems indiscriminately, meaning they simply blast cool temperature to all rooms regardless of real-world conditions. In many cases, when one server room is reaching threshold temperature, chances are the other rooms remain acceptable. The conventional cooling strategy is grossly inefficient.

Pure Solution® technology can be used as part of an energy management system to improve efficiency. This technology helps to reduce cooling system runtime by allowing the refrigerant to evaporate more quickly without damaging the main system. Pure Solution® is a product of EcoCOOL World, a member of U.S. Green Building Council and has been tested by PIT Group with an impressive result of 14.30% fuel saving compared to the conventional cooling system.